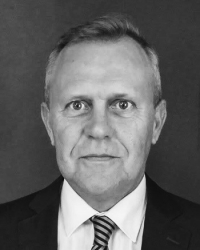 David started with Nashua in Brisbane in 1985, having arrived in Australia in the previous year on a Football contract with the National League team – Brisbane Lions. Working his way through sales to become the Sales General Manager, in 1995 David became a business partner in what would become RBC (Brisbane).

Since David’s appointment as Managing Director, the company has opened RBC (Melbourne) and along with RBC (Gold Coast) and Digital Genius, has formed the larger RBC Group. David has a wealth of business and management experience and has forged a number of very strong partnerships with leading global vendors. Over the last 20 years and as a result of his leadership skills, David has formed a dynamic Management Team that shares his passion for business excellence and who help drive and position the RBC Group as a leader in IT integration & Managed Services.

This site uses Akismet to reduce spam. Learn how your comment data is processed.